David is a magician, storyteller and experience designer based in Baltimore, MD, who creates and presents a variety of wonder-based experiences.

Since discovering he was a magician at the age of 7, David has led his life guided by one seemingly simple question, which has no answer: What Is Magic?

He has created eight original theatrical magic productions, including Magic Outside The Box, The Adventure to the Imagi Nation, Cerebral Sorcery, The Tricksters, Houdini’s Trunk, HUMBUG: The Great P.T. Barnum Seance, and Time Travel Tours. His performances combine magic with storytelling, comedy, philosophy, surrealism, and that which cannot be defined, to create truly original shows of magic, which he presents at theaters, museums, galleries, and festivals across the United States.

David has previously served as the editor of Behind The Smoke and Mirrors – a journal devoted to magic and creativity and has and authored eight manuscripts related to magic and illusion, including Daydreams, Borderland State, and Imagining the Imagination. He regularly presents a variety of talks, workshops and lectures for various audiences, on the topics magic, surrealism, creativity, and “the show business.” 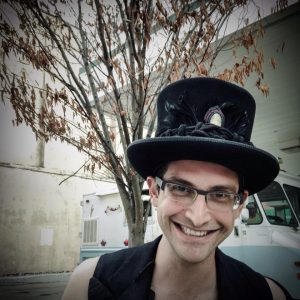 David has also produced and managed a variety of large-scale events and immersive experiences, including Sensorium, The Sunday Circus, Circus of Wonders, Fresh Produce Festival of Live Art, Phantasmagoria Weekend of Magic, Winter Festival of Wonders, and ILLUMINATED: A Surrealist Garden Party.

His artistic endeavors also include sculpture, film, and interactive experiments such as Wonder Bread Sculptures, Be The White Rabbit, The IMAGINE Device, Scoposcope, The Thing String, and The Game Game.

In 2018, he served as Guest Curator for an Interactive Exhibition at the Jewish Museum of Maryland,  Inescapable: The Life and Legacy of Harry Houdini, which is now touring to other museums across the country.

When not on stage, David is also the NE Regional Sales Manager for Dr. Nodnol’s Imagination Rejuvenation Tonic, for which he credits for many of his ideas, and also serves as the Chief Experience Officer at the Peale, based in the oldest museum building in America. 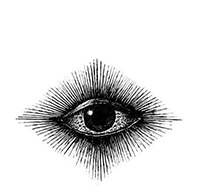